← back to
Sad Club Records
Get fresh music recommendations delivered to your inbox every Friday.
We've updated our Terms of Use. You can review the changes here. 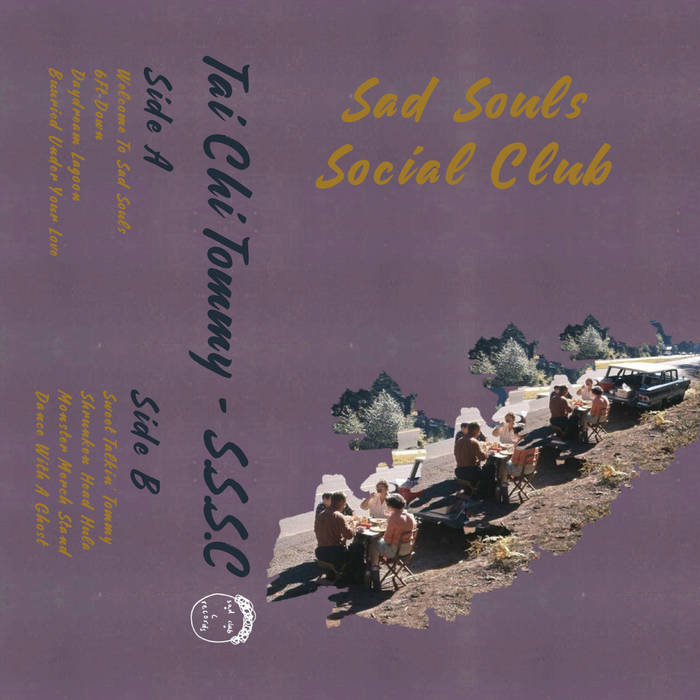 London’s newbie Tai Chi Tommy
shares brand new album 'Sad Souls Social Club’, drawing from the likes of Roy Orbison and The Platters, mixing lush and pleasing melodies with voodoo lure and a 50’s twang. Haunting video shows Tai Chi Tommy performing ‘Buried Under Your Love’ at Sad Souls, a sultry Halloween dream venue on the edge of paradise. With the roll of a dice, your fate is decided and the board game decides your fate. B Side ‘Shrunken Head Hula’ sees a paradox, Tai Chi Tommy’s desert island fantasy contrasted with a song about a man washed ashore and forgotten about, slowly encapsulated by his subdued loneliness.

Tai Chi Tommy says on the release: ‘I’d just been watching a bunch of old 70’s horror movies, after watching Lucio Fulci’s ‘Zombie’, I loved the contrast of this tropical island paradise but with a creepy undertone. I just wanted to try and create the same feeling with this song. That is the main idea behind the Sad Souls Social Club EP its an ode to 50’s love songs and old school horror movies’

Tai Chi Tommy spent his earlier years DJing around the UK and for various radio stations such as Rinse FM, Radar Radio and BBC Radio 1 before taking a break. It wasn't until working at the legendary independent record shop Rough Trade he would feel inspired again, but this time taking his music into a new direction. Tai Chi Tommy has an upcoming tour with Garden Center & Jack Goldstein (Fixers) Playing in London, Manchester, and Bristol. The single ‘Buried Under Your Love’ recently getting its first play on Amazing Radio Although just starting out, expect to see a lot of Tai Chi Tommy in the months to come.

Bandcamp Daily  your guide to the world of Bandcamp